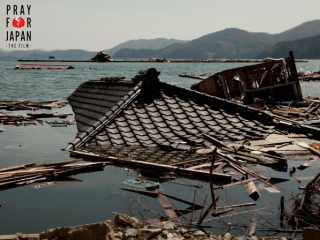 On March 11, 2011, Japan’s Tohoku coastal region was destroyed by a 9.0 magnitude earthquake and devastating tsunami that followed.  PRAY FOR JAPAN takes place in the devastated region of Ishinomaki, Miyagi – the largest coastal city in Tohoku with a population of over 160,000 people. Filmmaker Stu Levy – an American living in Japan – filmed the tsunami aftermath during his trips to Tohoku as a volunteer and over a period of 6 weeks, captured over 50 hours of footage.

PRAY FOR JAPAN focuses on four key perspectives of the tragedy – School, Shelter, Family, and Volunteers. With each perspective we meet victims who faced significant obstacles and fought to overcome them. Through these four vantage points, the audience is able to understand the vast ramifications of this large-scale natural disaster – and the battle these real-life heroes fought on behalf of their loved ones and their hometown. 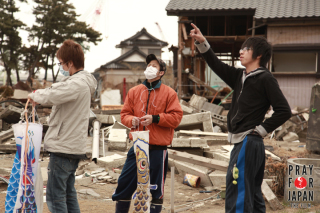 We can help heal these wounds by paying tribute to the amazing resilience and quiet spirit of the many victims and volunteers of Tohoku. By letting them know we admire and respect them, we encourage them to continue the good fight – at a time when even the strongest warriors would grow weary. We also gain insight into how our own inner strength can help us if we ever find ourselves in a life-threatening situation.

We can all learn from these incredible heroes!

About the Director, Stu Levy:

Stu Levy is an international entrepreneur, producer, director and writer across media including graphic novels, film, television and new media.  Founder of the pioneering media company TOKYOPOP, Levy is known for being one of the people who introduced the English-speaking world to manga, the uniquely Japanese form of comics. Levy has directed two feature films, PRAY FOR JAPAN, and also his award-winning debut VAN VON HUNTER, a satirical take on sword-and-sorcery fantasy and horror. With TOKYOPOP, he also produced and directed the 8-webisode reality series America’s Greatest Otaku. His first major studio feature film as Executive Producer was PRIEST, released theatrically worldwide in 2011 through Sony Pictures.  As a producer, Levy has a number of live-action and animated feature films and television shows in various stages of development, including adaptations of his graphic novels Princess Ai and Juror 13.  Fluent in Japanese, Levy also serves as chair of the Producers Guild of America’s International Committee and was previously a Board Member of its New Media Council.